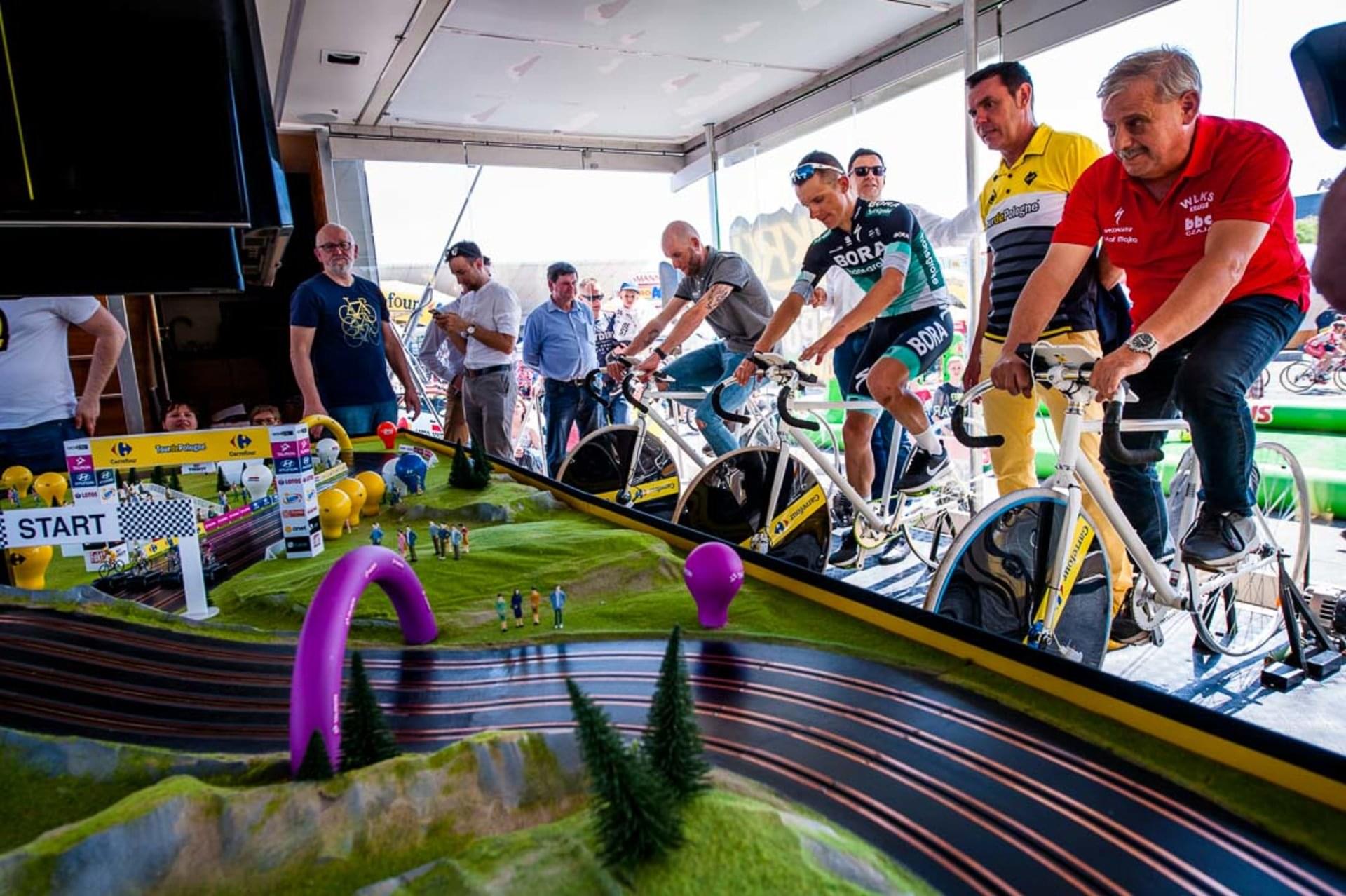 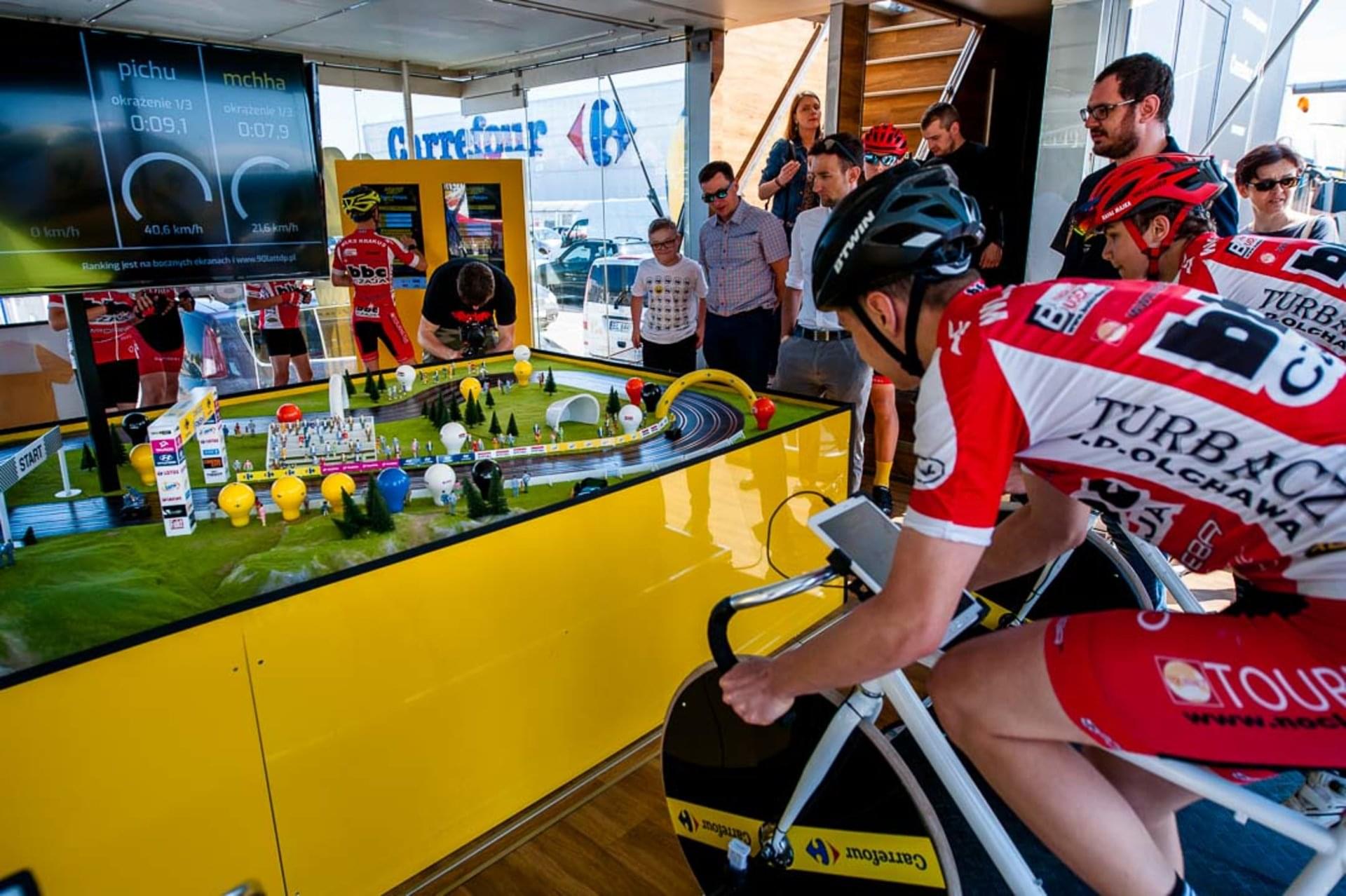 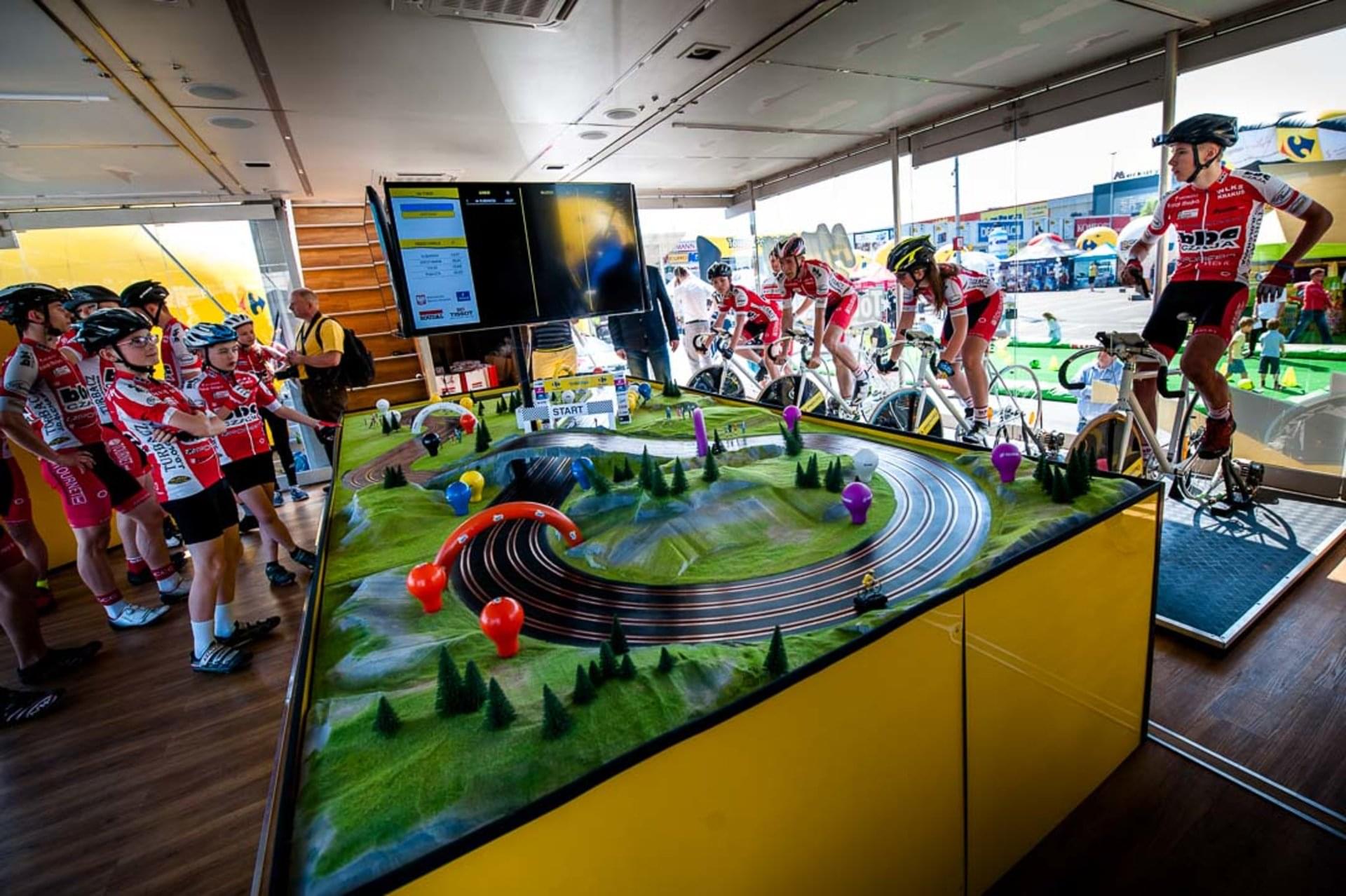 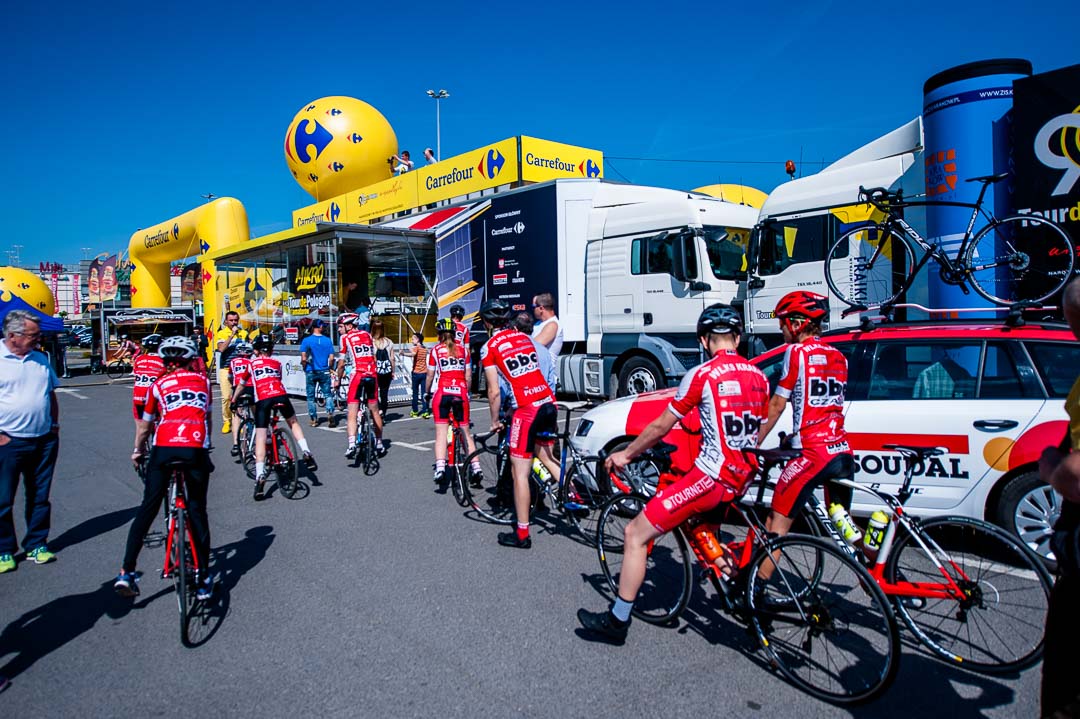 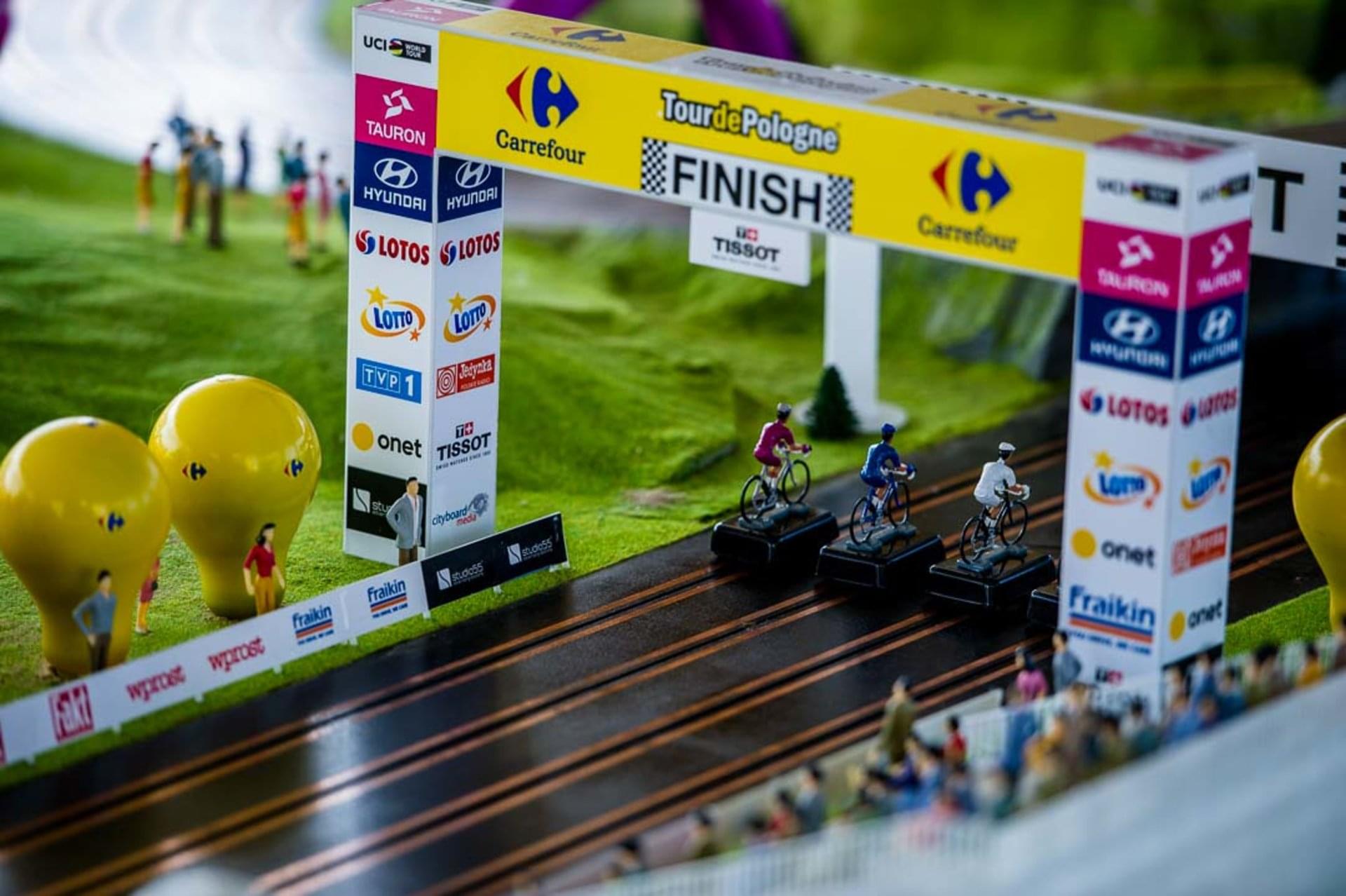 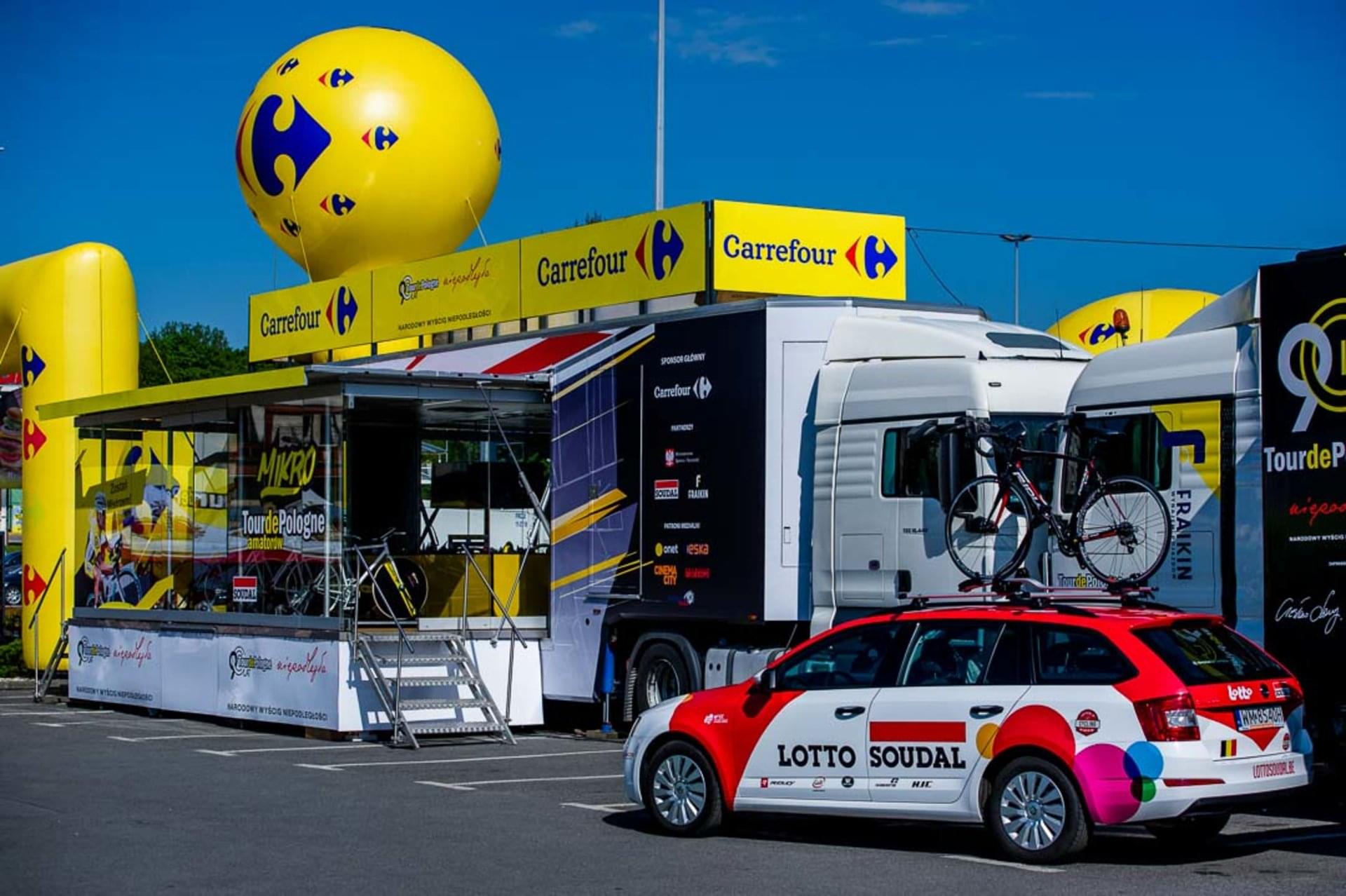 To project and create an activation that is fun, involved with cycling activity, transferring content to the digital world.

Inspired by our being commissioned to create the roadshow celebrating the 90th anniversary of Tour de Pologne, we created our Micro Cyclist Maquette project which was to travel Poland in one of our impressive exhibition units.

Racing each other on bicycles attached to virtual trainers, the cycling models on the maquette were programmed to reflect the speed that the cyclists were racing and transferring the timekeeping data to the online ranking.
The faster the cyclist, the faster the model. All of the participants were registered online and people were able to keep up to date as to who was winning and posting the best times everywhere in Poland.

The person to post the best time of the weekend on our Micro Cyclist Maquette walked away with a beautiful Tour de Pologne limited edition watch from our partners Tissot and a top-of-the-line bicycle from Colnago was up for grabs for the eventual winner of all of the events. This inspired some great battles and some very competitive racing during each weekend.

Thousands of amateur cyclists raced each other for the honours and for the prizes. It was quite the spectacle to behold and many great memories were made during our events. Our Micro Cyclist Activation had a big part to play in the entire roadshow.